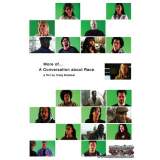 More of... A Conversation About Race

More of . . . A Conversation About Race

A Film by Craig Bodeker

I can’t praise Craig Bodeker’s path-breaking 58 minute documentary A Conversation About Race too highly. As I explained in my TOQ review, it is an excellent tool for getting white people to begin thinking about the most important issue of our time: the preservation of the white race.

The original documentary is a stand-alone feature. The new DVD is not. It clocks in at 38 minutes and is one of those “bonus” discs containing deleted scenes, behind the scenes footage, and director interviews that are often packaged with movies.

But More of . . . is not essential for first-time viewers of A Conversation About Race, which can stand on its own and is probably more effective at only 58 minutes.

Film watchers tend to be naive and film-makers tend to be disingenuous about the power of editing to take people’s words and use them to advance the film-maker’s agenda. Craig Bodeker is refreshingly honest about this.

In making A Conversation About Race, he chose clips that illustrate the incoherence of the conventional wisdom about race. Here he shows some of the material he left out, which allows us to get a fuller and fairer impression of his interviewees.

A lot of the material simply could not be used for technical reasons. Sometimes the interviewees stutter or gibber. One time the camera man’s cell phone rang, and Bodeker rebuked him for it, for apparently this was the fourth time it had happened. Sometimes there were small problems with focus or sound.

The most regrettable glitch was the crying baby that interrupted an interview with a young woman who appeared to be an American Indian. (Craig tells me she is from the Philippines.) The baby in her lap was blonde-haired and blue-eyed. (I thought she might have been a nanny.) She began like many of the interviewees by claiming that she thought that racism was all pervasive, then the baby started crying and nothing  after that point made it into the first film. In the More of . . . DVD, she goes on to reveal that she had lived around whites her entire life and had never experienced any racism, save for the time when someone asked her if she was Chinese! The baby turned out to be her adopted child, and she was in an inter-racial marriage. Quite a story!

We get glimpses of how Bodeker set up and conducted the interviews. There were two kinds of interviews: impromptu man-on-the-street interviews and studio interviews.

At the end of one of the street interviews, he engages in shameless flattery to get his subject to sign the release necessary to use his interview. The standard procedure is to have the release signed before the interview, to prevent people from backing out afterwards if they do not like their performances.

In the studio interviews, Bodeker warns the interviewees that he is going to ask them questions that might make them angry. He apparently allowed them to read over a list of sample questions. At least some of them were asked to prepare a statement of their views on race.

Two sequences stand out as my favorites.

The first is a segment of Bodeker’s interview with Ruben, a Mexican national who in A Conversation About Race appeals to his rights as an American citizen until Bodeker gets him to admit that he is not one. In More of . . ., Bodeker sets up the segment by telling us that Ruben got under his skin. In the segment, Bodeker is not just asking questions, he is pressing an argument. His passion is apparent, but I detect no anger, and to my surprise he manages to get Ruben to concede his point. Bodeker again demonstrates that one can persuade people of quite radical ideas as long as one is soft-spoken, reasonable, and does not allow oneself to be pigeonholed as a skinhead or one of “those people in Idaho.”

My other favorite segment is a montage near the end called “Words of Wisdom” in which the interviewees make some very sensible and admirably candid remarks. Bodeker sets this segment up by saying that it is easy to use editing to poke fun a the views of his subjects. But he reminds us that the incoherence of their views reflects the incoherence of the received wisdom on racism. I liked his tone and message here, but unfortunately he undermines it in the earlier part of the DVD with some snide, sniping comments, for example putting one person’s profession (actor) in “scare quotes” and making fun of the coinage “extinctuate” (it was a white person who came out with it, by the way).

The style of More of . . . differs from the original A Conversation About Race. The original is in black and white and has a minimalistic style. The new DVD is shot in color and includes flashier editing and special effects, including rewinds of clips from the original movie, that I found annoying and obtrusive.

As this video came to an end, two feelings were predominant.

First, I liked and respected Craig Bodeker and pretty much all of his interviewees. I particularly liked a couple of the blacks. It is refreshing to see people who are not burdened by “white guilt” speaking frankly and unapologetically about their racial interests. All the subjects had, of course, been well-catechized in the conventional wisdom about racism. But most of them had the potential to see beyond it with a little prodding.

Which leads me to the second feeling this DVD evoked, namely hope. Our system is based on lies: the lie of human equality, the lie of unique white depravity, the lie that diversity is a strength. These lies are so preposterous, so utterly contrary to human experience, that the system it has to create an unsleeping, all-pervasive regime of propaganda and brainwashing to prevent people from looking at reality and thinking for themselves.

As I said in my initial review, Craig Bodeker is a talent to be encouraged and emulated. Encourage him by buying his videos. Encourage him to do a new documentary. (I vote for A Conversation About Diversity.) As for emulating him, if there are any aspiring White Nationalist documentary film-makers out there, please contact me. Perhaps we can put together a workshop. 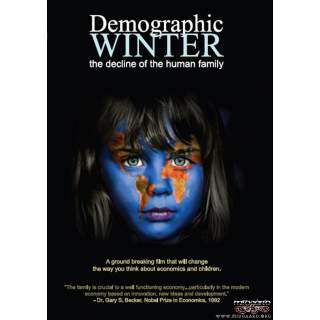 Demographic Winter : The decline of the human family
12 € 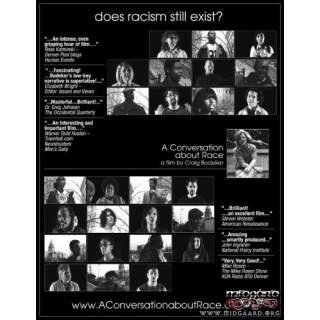 A Conversation About Race
12 € 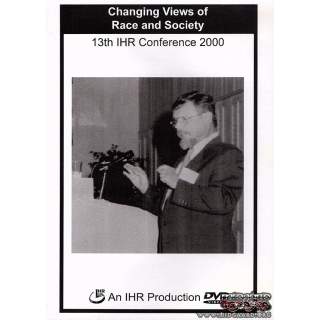 Changing Views of Race and Society
6.40 € 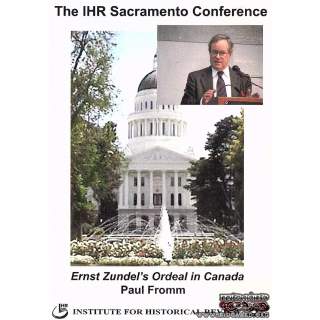 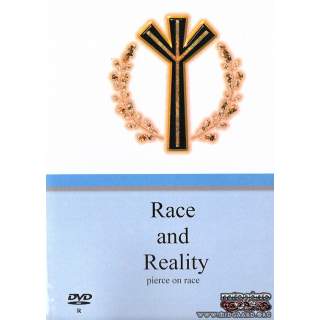 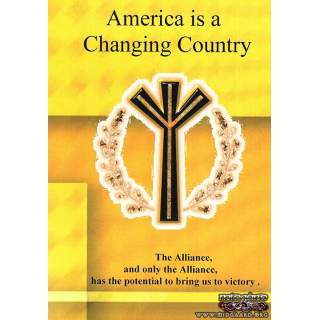 America is a Changing country
12 € 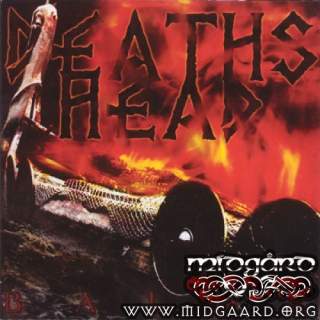