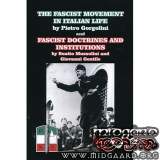 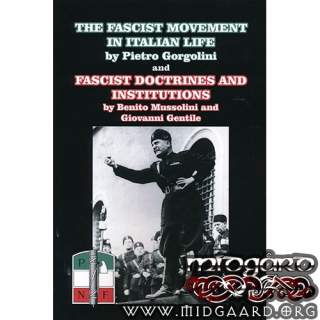 The Fascist Movement in Italian Life by Pietro Gorgolini, and Fascist Doctrines and Institutions by Benito Mussolini and Giovanni Gentile. These two major works—published independently in 1921 and 1935—together are the most complete encapsulation of Benito Mussolini’s National Fascist Party policy ever issued. The first, The Fascist Movement in Italian Life, was written by an early associate of Mussolini, and explains in detail the origins of the Fascist movement before moving on to a detailed policy analysis.

Included in this overview is Fascist economic, agrarian, social and foreign policies—all dictated by a strong nationalist and anti-communist sentiment. The date of this work—prior to the Fascist ascension to power in 1922—provides the most open assessment of Fascist policy and its ideological foundation.

The second work, Fascist Doctrines and Policy, was co-written by Mussolini and the “philosopher of Fascism,” Giovanni Gentile, was written especially for the Enciclopaedia Italiana, and is an exposition of the Fascist position some twelve years after taking power—and before Mussolini fell under the influence of Adolf Hitler. 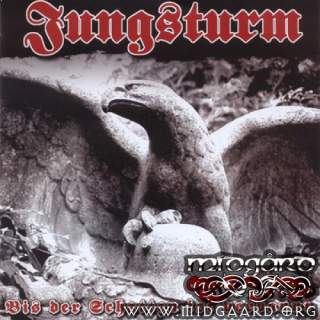 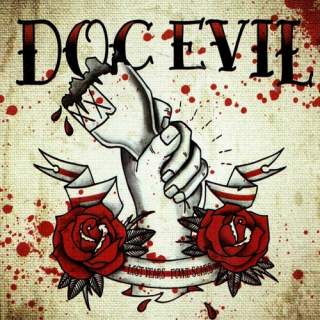 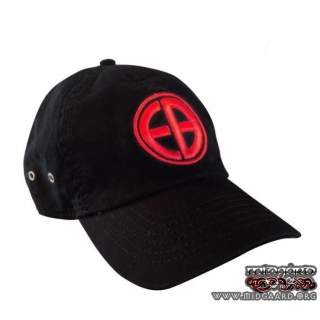